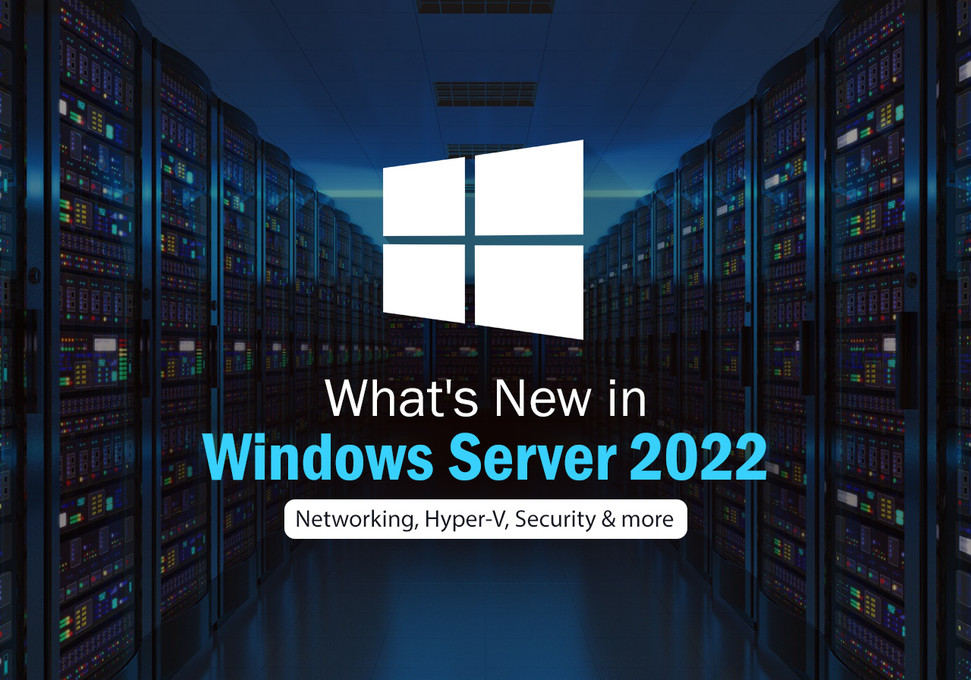 Since the Ignite conference, Microsoft Windows Server 2022 has been in the public preview. The March 2021 conference highlighted Microsoft's new capabilities and features. These refer to enhancements in security, faster network, cloud upgrades, etc. Considering the increase in cyber threats, the brand has made sincere attempts to improve safety. For instance, security improvements help build end-to-end IT infrastructure.

Besides, being the latest version to date has its benefits. The Windows Server platform is the most secure, reliable, and Azure-compatible server of the 20th century. There are some exciting features of note, and in this article, we'll take a look at them.

Microsoft has significantly improved networking performance for UDP and TCP. The User Datagram Protocol (UDP) and Transmission Control Protocol (TCP) are two main protocols in all network communication. Let us look at them below:

UDP is becoming a popular protocol that carries increasing network traffic. It is also because of the growing popularity of RTP and custom (UDP) streaming and gaming protocols. The QUIC protocol, constructed on top of UDP, improves UDP's performance over TCP. Also, UDP Segmentation Offload and UDP Receive Side Coalescing to reduce CPU load in Windows Server 2022.

Owing to the increase in cyber-attacks, it becomes paramount for businesses to secure their data. A 2021 IBM study says that more than 500+ data breaches worldwide resulted in the cost of $4.24 million. For businesses, it is imperative to mitigate the financial impacts of such data loss. Notably, Windows Server 2022 price is much less than the cost mentioned above. With the right software, you can secure your business from such financial risk. Let us look at the security features that Microsoft has added.

Secured-core server uses a combination of drivers, firmware, and hardware to protect systems. It safeguards against highly sophisticated attacks using the Trusted Platform Module (TPM) 2.0 chip to securely store data. Or, Bitlocker for the entire volume drive encryption and Virtualization Based Security (VBS) to protect credentials while the system is running. This extra protection is helpful for mission-critical loads and in industries with high data sensitivity.

Hardware root-of-trust uses features like BitLocker drive encryption for data security and protection. One of the essential Windows Server 2022 features is Hardware-enforced Stack Protection. This feature enables robust protection against ROP exploitation, and you can not use this feature in the 2019 version.

In Windows Server 2022, you can find the enhancements in Hyper-V virtual switch with Receive Segment Coalescing. The RSC is updated to coalesce packets and process them as one larger segment. The Upgraded Hyper-V Manager allows running workloads between servers, VM clones, Live Storage Migration, and Action bar, which were not in the 2019 version. Also, the Affinity/AntiAffinity rules help manage which VMs need the same host and which ones should be kept apart.

Windows Server 2022 download allows you to use the above new features. You can ensure your organization's safety by relying on this latest release. Microsoft has let go of many existing components with new & exciting improvements. For instance, the brand has decided to remove iSNS altogether. The Guarded Fabric and Shielded VMs feature improvements have been halted. Although, the support for this feature is still there. Access to WDS images is blocked on Windows 11 and future Windows Server versions.

Hope! You have learned a lot about the Windows Server 2022 version.

Whether you buy Windows Server 2022 or use the existing versions is your choice. But if you need any help switching between the servers, feel free to contact us!

Sorry, there are no products.
Top